And to think it all happened in San Diego 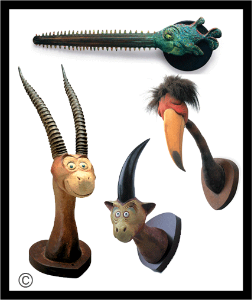 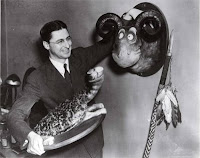 I mentioned it in an earlier post, but my brother lives in San Diego.

Last summer my family and I went out to see him and his wife. It's a thrill to me that one of my favourite children's authors, Dr Seuss, spent much of his life in the area.

Ted Geisel (his real name) lived for many, many years at La Jolla, a well-heeled and lovely town a few miles north of the city.

Driving around this part of the California coast gives you an insight into where Dr Seuss got the inspiration for his art work. The trees that line the wide open streets are surely the truffula trees from The Lorax.

We visited San Diego Zoo (well worth a visit) and in the ape enclosure we saw a spiky-haired monkey (sorry, can't recall its name) that was a dead-ringer for the Grinch.

On our final day of the visit, we went over to the island of Coronado (home to the Hotel del, itself thought to be the inspiration for the Emerald City in The Wizard of Oz).

We popped in to the Stephen Clayton Gallery, which sells fantastically wild and creative limited edition prints of Ted Geisel's paintings done when off duty from his Dr Seuss books. There were also examples of Geisel's 3-D animal sculptures. They really have to be seen to be believed. Sadly, there doesn't appear to be a website for the gallery for you to link through to.

We gawped at these wonderful pieces of art for well over an hour.

If you're ever passing...
Posted by Jeremy Craddock at 18:37 No comments: 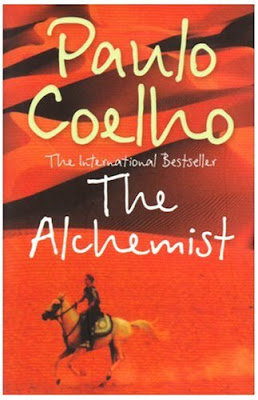 It seems many children starting school have never had a book read to them by a parent or otherwise.

I find that very sad. Lucy Mangan of the Guardian newspaper lamented this situation recently and suggested her favourite children's books to try to rectify this.

Some of my best times I've spent with my children have been when we've had our noses stuck in the same book. For example, my daughter and I are currently working our way through Michael Morpurgo's wonderful stories and we're having a great time.

Of course, with so many other things competing for children's attention in this mad, frenzied world of ours, it's not surprising that books are being squeezed out.

I was interested to receive a press release this week about a website, Smories.com, which has short videos of children narrating unpublished stories.

I like this idea, it's essentially campfire storytelling reinvented for the internet age.

Smories has been dubbed the "perfect bridge between the traditional book and the future of digital story telling".
As well as providing endless entertainment to children it is also a destination where children’s writers, both professional and amateur can find worldwide exposure for their new stories, whilst retaining all rights. Having the stories narrated free of charge and viewed by children and parents all over the world makes Smories the perfect platform for unpublished writers.

Lisa Swerling and Ralph Lazar, of London, got the idea for the website on a long journey in South Africa earlier this year. Their eight-year-old daughter filmed herself reading Enid Blyton stories on an iPad and this was played back to her younger sister, keeping them both entertained.

Our kids have always loved reading to each other and are transfixed when other children read them stories. They are also obsessed with the internet and will make their way to Youtube any time they get their hands on a computer.

The idea for the website soon followed and further brainstorming resulted in the idea of providing a platform for unpublished children's writers.

So how does it work?

From monthly submissions, 50 will be read by children, filmed, and uploaded to the site. They can be viewed for free and there are plans to allow users to filter by theme and download playlists as an iPad or smart-phone app.

Don't know what you think about this?

It certainly throws up interesting questions about whether we should pay for internet content like this or if it should be free. As a new author, is it wise to offer up your creative work without payment?

In a nice example of synchronicity, arguments for both sides fell into my lap on the same day.

Rupert Murdoch's News International this week began charging users of its Times and Sunday Times websites, while I stumbled across a piece about author Paulo Coelho experiencing a rise in book sales after he offered some of his titles for free on the web.

News for free or for a subscription is a question the newspaper company I work for has been wrestling with for many years in the light of declining sales.

By giving our content away for free we are making it easy for people like Google to take the same material and offer it, unchanged, on their own sites, allowing web browsers to completely bypass ours which rely on web traffic to attract advertisers.

We'll watch the progress of the Times business model with interest.

Meanwhile, Paulo Coelho, the world famous author of The Alchemist, who has sold more than 100 million books, has this to say about sharing his books for free on the internet:

Since the dawn of time, human beings have felt the need to share – from food to art. Sharing is part of the human condition. A person who does not share is not only selfish, but bitter and alone.

He set up his own site, Pirate Coelho, to share the books, a move initially resisted by his publisher, but when sales of his titles began rising, they changed their minds.

Coelho is of the view that putting his work free on the 'net serves as a taster for his work as most readers would still much rather have a traditional book than read on a screen.

Fascinating stuff.
Posted by Jeremy Craddock at 16:17 No comments: 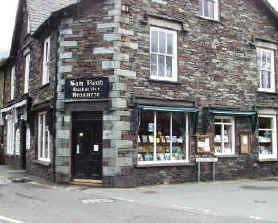 IN these tough times for book shops (I still find the demise of Borders in the UK heartbreaking) isn't it heartening to discover those small, independent booksellers who battle on regardless?

One of my favourite bookshops is Sam Read Bookseller in Grasmere in the Lake District. This snug, friendly shop is an absolute delight. And it's extremely good if you're looking for children's books.

I was born and brought up in Kendal in the Lake District, although live elsewhere now. But my family and I still visit regularly and each year spend a week in Grasmere. No visit is complete for my two children without a good peruse at Sam Read's.

Even though the shop is only small, it is perfectly formed. It's in an attractive slate-built building so typical of the Lakes and the owner does a lovely job of tempting book lovers to go in and sample the wares. The last time we were there I was particularly taken with a handsome copy of Neil Gaiman's The Dangerous Alphabet.

Don't take my word for it, however, journalist and author Hunter Davies (a fellow Cumbrian) rates Sam Read's as one of his favourite bookshops anywhere. As the author of many famous titles, including the only authorised biography of The Beatles, and the creator of the Lakeland Book of the Year competition, Hunter knows what he's talking about.

If you ever find yourself in the Lake District and passing Grasmere, please do pay a visit to Sam Read's. You won't be disappointed.
Posted by Jeremy Craddock at 18:45 No comments: