Please welcome my second guest blogger on Bookengine, Mandy Ward, author of the Cassy Kindly books, about a witch who decides to stop being mean and start being nice to people. You can follow Mandy's exploits in publishing, marketing and selling her series of ebooks through Amazon Kindle on her blog, here.

My journey as a Writer and what motivates me to write

When I was invited to write my first guest blog, which this is, I wasn’t at first sure what I would write about. I was asked to consider my journey as a writer and what motivates me to write.

As I reflected on this a memory popped into my head. It was vivid and never before re-collected.

I don’t so much remember the pictures of the memory, which are in sepia when I recall them, more the tastes, the smell and how it made me feel.

Moving from one level in school to another can be a bit worrying when you are little and I was moving from the infants to the junior school. My elder brother Eddie had told me about the English teacher, Mr Blanc. I can’t remember what he’d said to me but for the first lesson in English, I’d sat very quietly, towards the back of the room and just listened, watched and learned.

Mr Blanc was a little bit terrifying. He had ‘presence’ and an air of authority about him which was instantly recognisable. Some of my new friends were fidgeting, talking, doodling or gazing out of the window and he would give them a look that would make them stop instantly. The ‘death stare’.

The feelings that I felt in those first few lessons were a mixture of being scared, nervous, frightened. I was shy and timid. I loved to sing and I’d sing at every opportunity. I used to sing before I went to sleep. I still hum now and don’t know I’m doing it. I do it when I’m stressed and when I’m amused at something. I wanted to sing or hum in that lesson, but knew I couldn’t and it wasn’t because I was amused.

We’d been asked to write a story in that first lesson. I wish that I could remember what I’d written. Maybe it will come back to me. Mr Blanc must be at least 70 by now and probably has grand-children. He might even still live in the village, where those English lessons took place, in a little village in Warwickshire called Water Orton.


Mr Blanc had our little pile of neatly lined blue covered books in front of him. They still looked brand new and I always loved that opening of that first page, which always had my name and my smallest, neatest hand-writing.

I knew that my ‘story’ was on its way back to me, having been read and marked by Mr Blanc with that first score in the margin, out of 10, in red ink. Two of the kids who sat opposite me were kicking each other under the table or something similar. They were aggravated and I was willing them to stop doing whatever they were doing, in case Mr Blanc turned his attention on them and by association, onto me.

Mr Blanc stood up and asked ‘Where is Mandy Ward?’. All eyes were on me. I cringed, whilst turning the deepest crimson. He asked again and I slowly raised my hand. Mr Blanc looked straight at me and said ‘This story is excellent’. I went an even deeper shade of crimson, my heart skipped a beat, my furrowed brow eased off and I smiled a little. 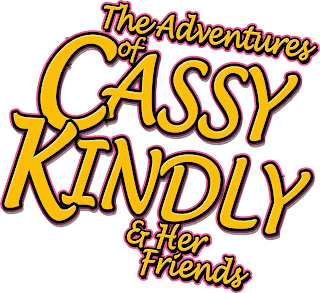 That was when my writing journey started. Mr Blanc’s four little words of praise, planted the seeds.

That was how my writing journey began and I write because secretly, without wanting to shout about it, I know I’m quite good at it.

For years, Maudie Smith was an actress, touring with a community theatre group. She and her fellow thespians wrote the shows they performed in. She loved the experience, but always found it hard to cope with the nerves before going on stage.

So writing became a great way for her to be creative without having to appear in front of an audience.

The irony, of course, is that her first novel, Opal Moonbaby, has become a huge success and she now has to go out and appear in front of enthusiastic audiences.

"One of the main reasons of giving up theatre was being terrified on stage," she laughed, speaking to me from her home, near Bath.

"Suddenly, I find myself on stage, on my own! It's daunting, but I do like it now!"

Maudie was inspired to write Opal by her two daughters, Madeleine and Emma.

It's the tale of an alien who comes to Earth from her planet of Carnelia and befriends Martha and Robbie and bewitches them with stories of her home and her strange language. But Opal has been sent to Earth on a mission - to work out what people are and to make a friend.

Maudie had been reading Astrid Lindgren's Pippi Longstocking books to her daughters and they'd loved them. The girls were no longer interested in fluffy stories about princesses and wanted something funny and exciting.

She can't remember why she decided to write a story about an alien - "it just sort of popped into my head" - but she said Pippi Longstocking was a definite influence, as was watching her daughters in their friendship groups and remembering what it was like during her own childhood.

"I'm a bit like Martha, while Opal is a show-off."

The book has been very well reviewed.

Sue Magee, of The Bookbag, said: "Now - I want you to remember the name of Opal Moonbaby - she's a brilliant comic creation ... Opal sparkles and she's totally original. I loved her. And Maudie Smith gives us a great story too. She's pitch-perfect on the way that girls in this age group act."

The Bookseller reported: "The story of an alien who comes to earth on a mission to make friends, this is a rather lovely debut. Quirky and very charming, Opal is something of a futuristic Pippi Longstocking, which can only be a good thing."

﻿
﻿ Opal Moonbaby has been turned into an audiobook and is read by Chris Barrie, star of Red Dwarf and The Brittas Empire.

On her website, Maudie says: "It’s read by Chris Barrie who is very funny and has come up with great voices for all the characters. He certainly had me chuckling away, when I listened to it in the car."

She told me: "Writing has always been part of what I am up to. I had dabbled with it over the years and acquired the odd rejection letter along the way."

She did an MA in writing for young people at Bath Spa University, which she said was very good at teaching students about the business side of being a children's author.

She subsequently found an agent, the brilliant Jo Unwin at Conville and Walsh, who was a friend.
﻿
﻿
﻿ ﻿

Shortly afterwards she signed with Orion to publish Opal. They will also publish her first picture book, Milly and the Mermaids (illustrated by Antonia Woodward) in 2014.

Maudie is married to Gary Parker, who is a television scriptwriter, best known for writing for Tracy Beaker, Dani's House and actress Dani Harmer's other shows.

He started out as an actor and stand-up comedian.

Do the two of them support each other as writers? "We act as a sounding board for each other and talk about ideas, but that's it, really."

When she's working, she tries to have a vague synopsis and needs to know the timeframe for the story.

"I do find that if you overwork the treatment it can get in the way of the story. I enjoy the writing when it's going well, but it can be painful starting," she said.

She's currently working on an idea about witches, fuelled by books about witchcraft from her local library and a trip to Wookey Hole caves.

And, excitingly, Maudie's next book and the next instalment about Opal will be published in February. It's called About Zooming Time, Opal Moonbaby!

It looks like Maudie's going to have to get used to standing up in front of enthusiastic readers for some time to come.

* Many thanks to Maudie for speaking to Bookengine. Her brilliantly irreverent website is here. Take a look at her agent Jo Unwin's page here.
Posted by Jeremy Craddock at 16:47 2 comments: